After years of rumours and attempts to bring the show back in one way or another, it’s finally been revealed Red Dwarf will return to telly on Dave as a two-part Easter special. END_OF_DOCUMENT_TOKEN_TO_BE_REPLACED

Gorgeous model robot from an alternate 1957. Sadly only available in Japan though! END_OF_DOCUMENT_TOKEN_TO_BE_REPLACED

The latest game in the long running archaeology (well in theory… it’s not quite Time Team) series. Though lets face it, it’s better known for the heroine, her assets and somewhat spray painted on outfits. Personally I loved it, although it felt rather short. Don’t go expecting it to change the genre, everything you would expect is still in there. For better or worse depending on whether you’re a fan of the series. END_OF_DOCUMENT_TOKEN_TO_BE_REPLACED 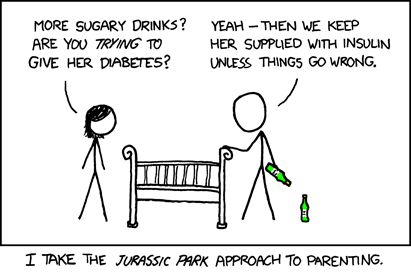 “…you’re willing to believe anything.”

Fabulous new trailer for British sci-fi film Franklyn which is coming out sometime in 2009 in the UK at least. Have heard little of it myself previously, but the trailer blew me away. END_OF_DOCUMENT_TOKEN_TO_BE_REPLACED

It’s been a rubbish last few months for the Trek geeks left whimpering around in the remnants of a once loved franchise. First Majel Barrett (Nurse Chapel in the original show, Troi’s harpy-esque mother in The Next Generation and the computer voice in most of it’s on going sequels including the new upcoming Trek film, and of course Gene Roddenberry’s widow) passed away back in December.

And now Ricardo Montalban – more famous for his role in Fantasy Island – but immortalised as one of the most famous villains in Trek history, along with being in one of the only good Trek movies to date. At 88 he certainly had a good run, but it’s still rather rubbish as all deaths are. END_OF_DOCUMENT_TOKEN_TO_BE_REPLACED

I’ve been collecting various of these links and bits and pieces for some time, and as SGN is rather geeky as am I, I thought I’d bring them together to share. The only real parity between these different buildings is that they all look and feel like concept art for science fiction END_OF_DOCUMENT_TOKEN_TO_BE_REPLACED

Slightly behind the times, given we’re just slipping into 2009 and the DVD was released back in October, but this gorgeous set of photography on Jeff Bridges’ site looks behind the scenes of Iron Man, with some great shots of the cast and costumes. END_OF_DOCUMENT_TOKEN_TO_BE_REPLACED